Viewpoints in the National Park Tara are the most attractive touristic points and the best way to experience the park.

Viewpoints on Tara Mt. are countless, and most of them are hardly accessible, but the most beautiful, fortunately can be easily accessed. From these points you will see beautiful and memorable panoramas. 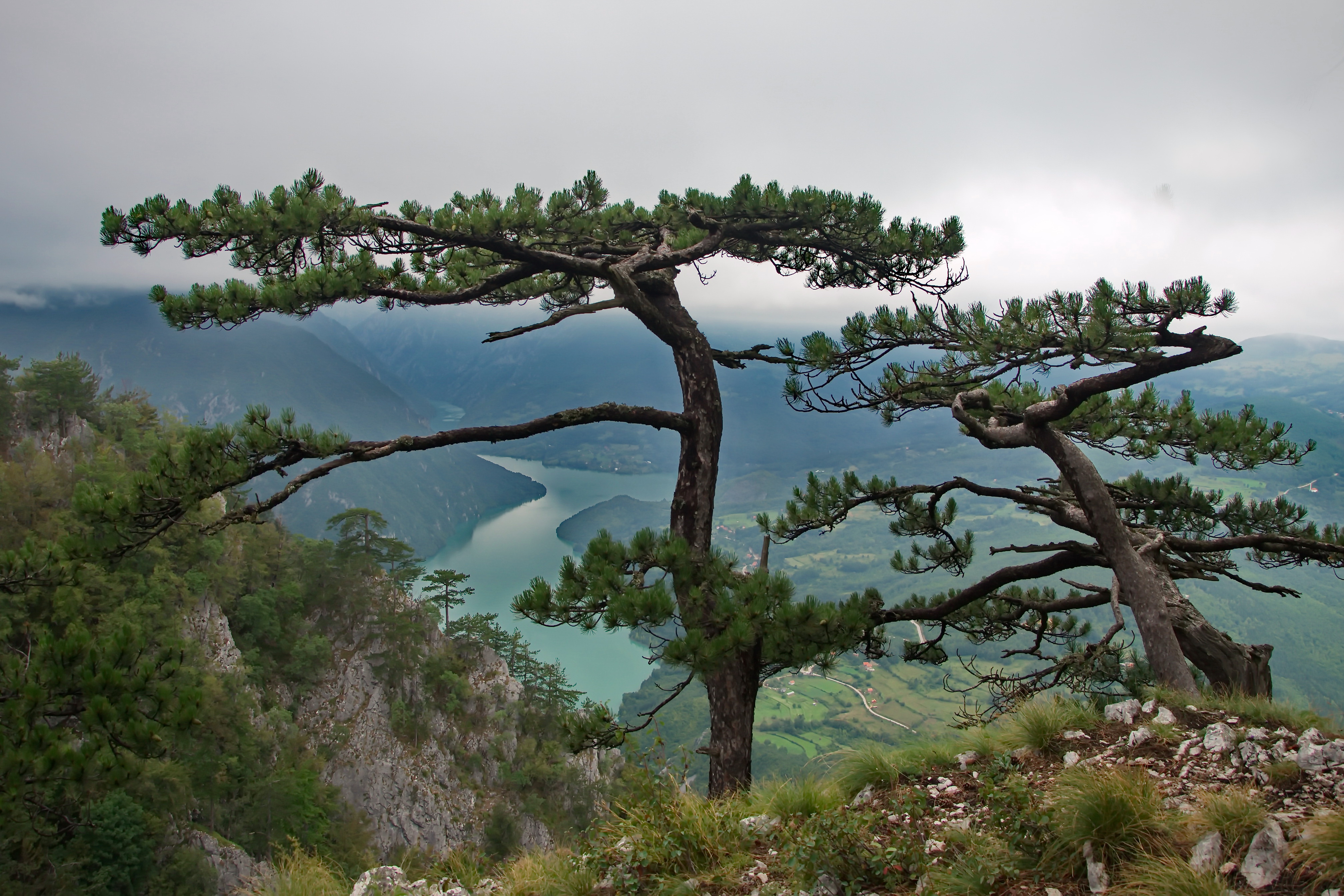 Banjska Stena is one of the most popular and most beautiful viewpoints of Serbia. It is situated 6 km from Mitrovac and you can reach it by using one of the two marked hiking trails (#9 and #9a) or a dirt road. The name of the site Banjska Stena (Banjska rock) comes from the Banjsko Vrelo spring which used to burst at its foot. It was a karst spring with the water temperature at a steady 4 dergees Celsius. It got its name from the Turkish word banja which is used to represent a place with warm water (spa). The local residents used the water in winter as well, because it maintained the temperature throughout the year. However, when the artificial Perućac lake was built, Banjsko Vrelo was flooded.

The viewpoint, elevated at 1,065m above sea level, offers an unforgettable view of the artificial lake Perućac, the Drina canyon, and the Osat region in Bosnia. The Perućac Lake is a 52km long man-made lake which was created in 1966 by damming the Drina for the purposes of building the ''Bajina Bašta'' hydroelectric power plant.

Beneath the viewpoint there is Banjsko Točilo, a trail used in the 19th century for transporting wood. Cut down logs would be pushed down the trough-like trail to the raft dock where they would make rafts out of it which would then be used by experienced rafters to sail down the Drina and Sava on the way to Belgrade. Banjsko Točilo, which is some 1300m long, today lays outgrown with plants among which are some rare plant species which are characteristic for this kind of topography. 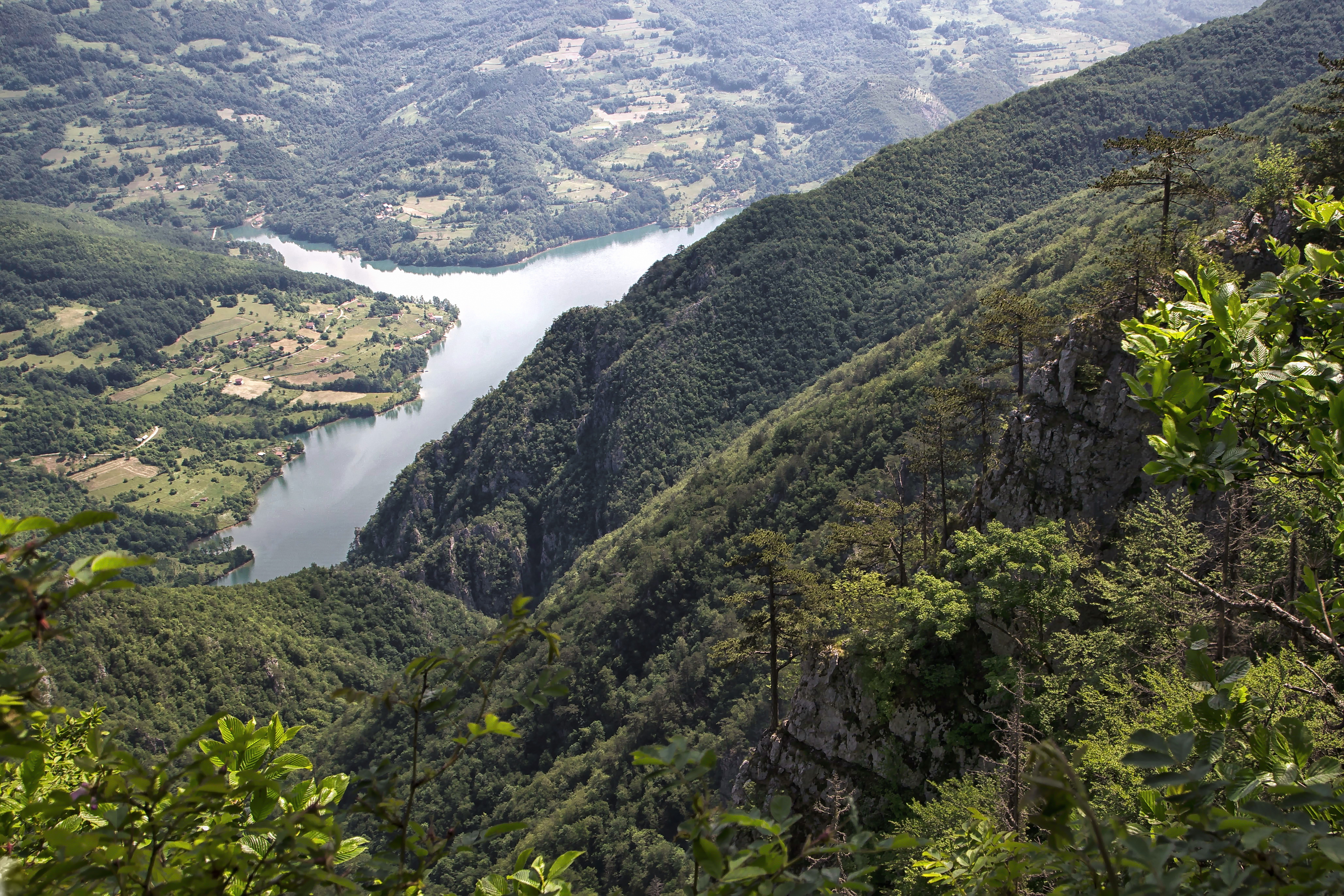 Bilješka Stena is a vievpoint on the Zvijezda mountain at the elevation of 1,225m above sea level, bordering with the ''Zvezda'' nature reserve. It is located 6 km from Predov Krst and you can reach it by gravel road or hiking trail #14. Here, at close proximity, you can see the thin, slender trees of the Serbian spruce – a unique species of coniferous trees which survived the last ice age and can be found only in this region. Unfortunately, due to the noticeable climate change in the last decade many of the trees are dried.

From this spot there is a beautiful view of the artificial Perućac lake and the beginning the canyon on the left, and the valley of the Drina on the right. On the other side of the lake is Bosnia, i.e. the region known as Osat. Beside the usual picnic furniture, there is also a log house used in the feature film ''Ptice koje ne polete'' (''Some birds don't fly away'') with the famous Serbian actor Bata Živojinović in the lead. 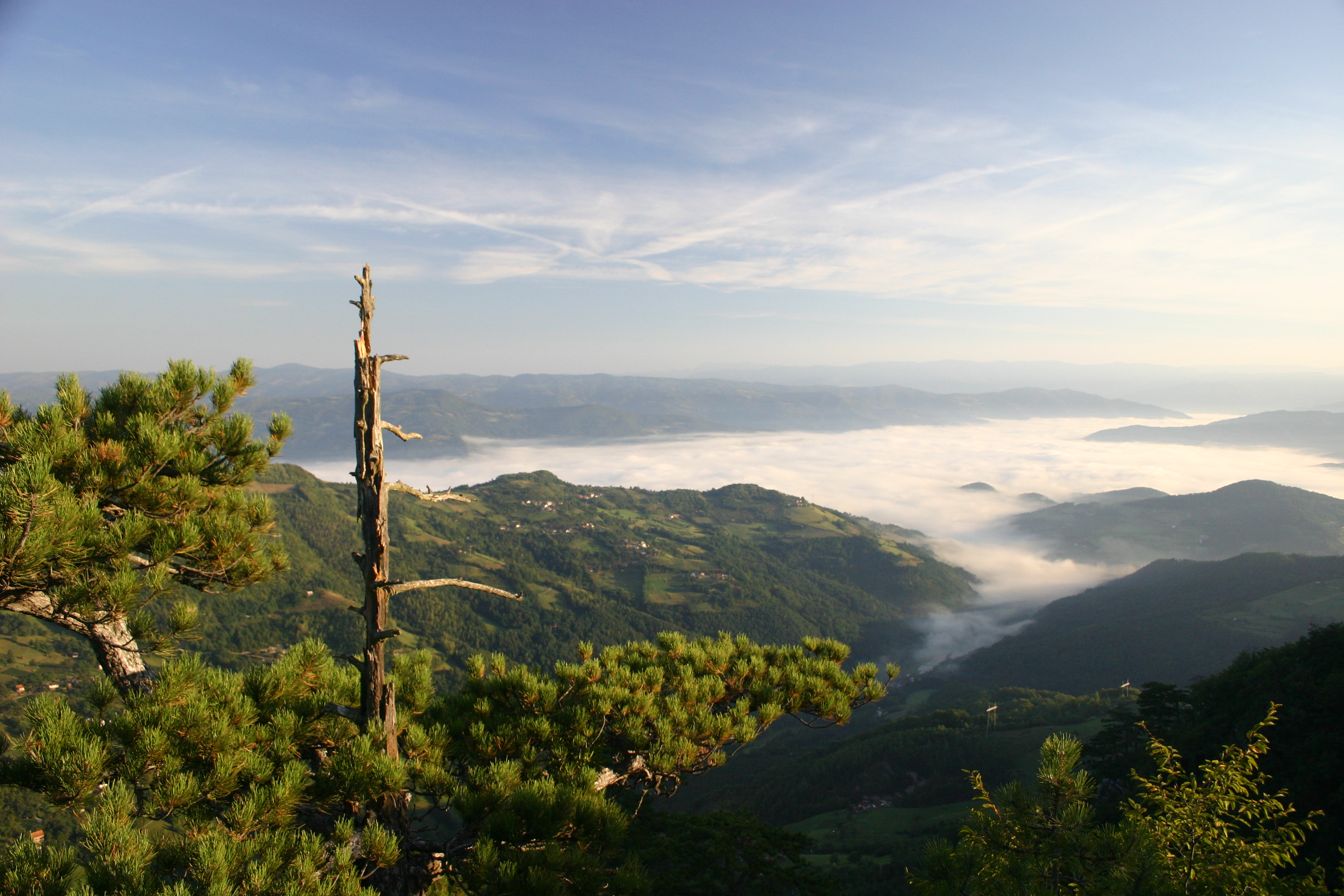 Crnjeskovo is a viewpoint situated on a 980m high cliff, not far from Kaluđerske bare. From this point you can observe the Rača river gorge, the Drina valley and Bajina Bašta.

The Klisura Rače nature reserve includes the steep sides of the Tara massive which have been cut through by the river Rača. It is known for the great abundance of flora and fauna with numerous relictual populations and diverse wildlife. The Rača Gorge is the natural habitat of the largest European mamal, the brown bear.

At the Gorge's exit there is a medieval monastery Rača from the 13th century, founded by the king Dragutin Nemanjić. Close to the monastery is the Skete of St George which was the centre of the famous Scribe School of Rača. From the viewpoint you can see the Krstasta Stena on the left, a rock with a metal cross under which are the caves where the monks hid their books. 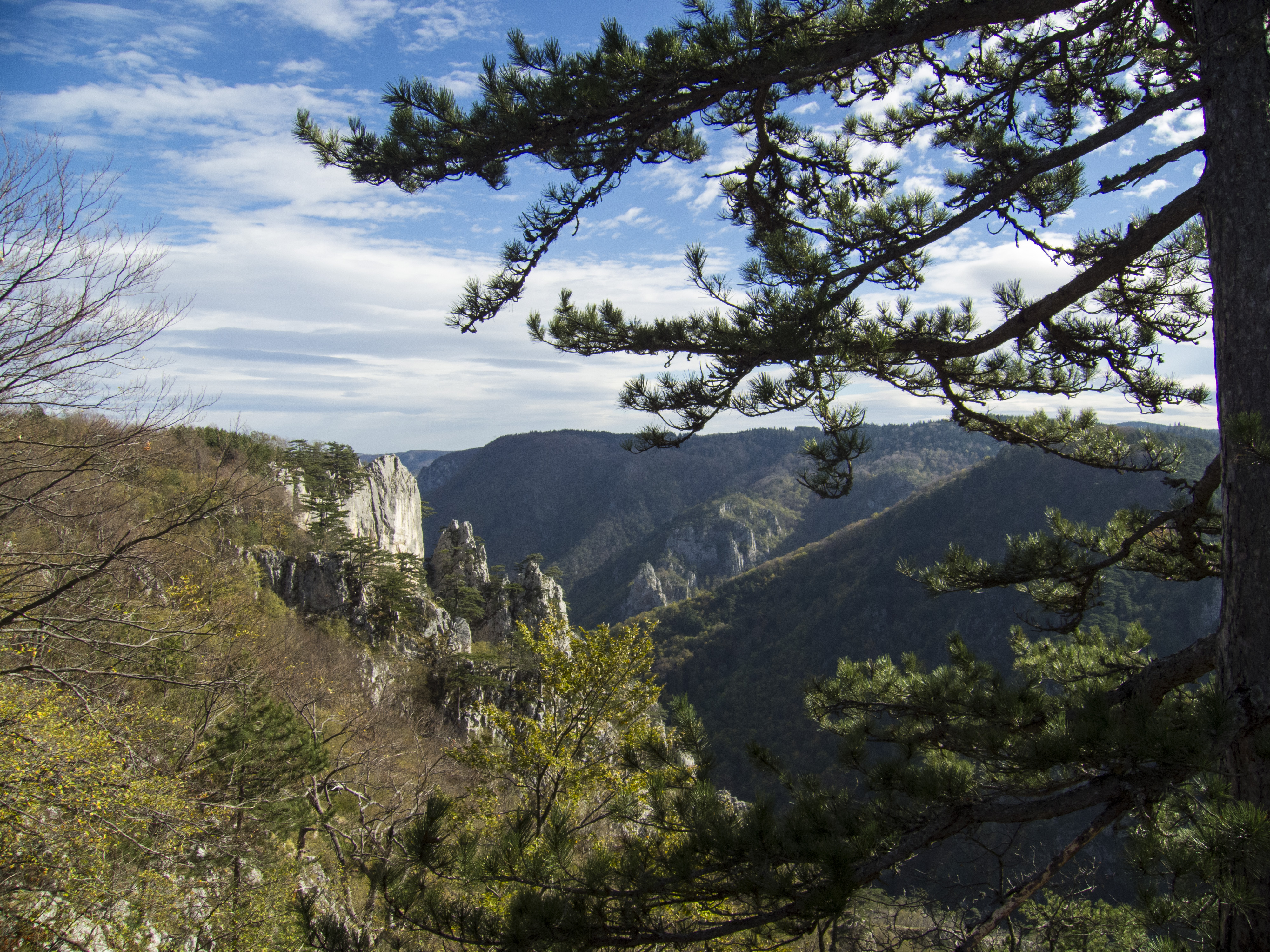 Sokolarica is a viewpoint situated on the edge of the Sokolina plateau, 4km from the Račanska Šljivovica, 10 km from the Kaluđerske bare and 12km from the Mitrovac. This viewpoint is made out of several smaller connected viewpoints at the elevation of 990metres above sea level, opposite the Crnjeskovo viewpoint and above the Rača gorge.

Sokolarica is part of the ''Klisura Rače'' nature reserve and that is why we ask you to behave in a way that would disturb nature as little as possible. The reserve is rich in living organisms, and its biggest wealth are the old-growth European beech forest and pure walnut forests in its lower sections, while the higher sections are rich in black pine, spruce, fir, juniper and other species. This area is the natural habitat of the brown bear and at the trail leading to the viewpoint you'll notice barbed wire which serves to collect materials for genetic analyses. Even though the name of this viewpoint suggests differently (the name comes from the word – falcon) these cliffs are nesting grounds for the European golden eagle. 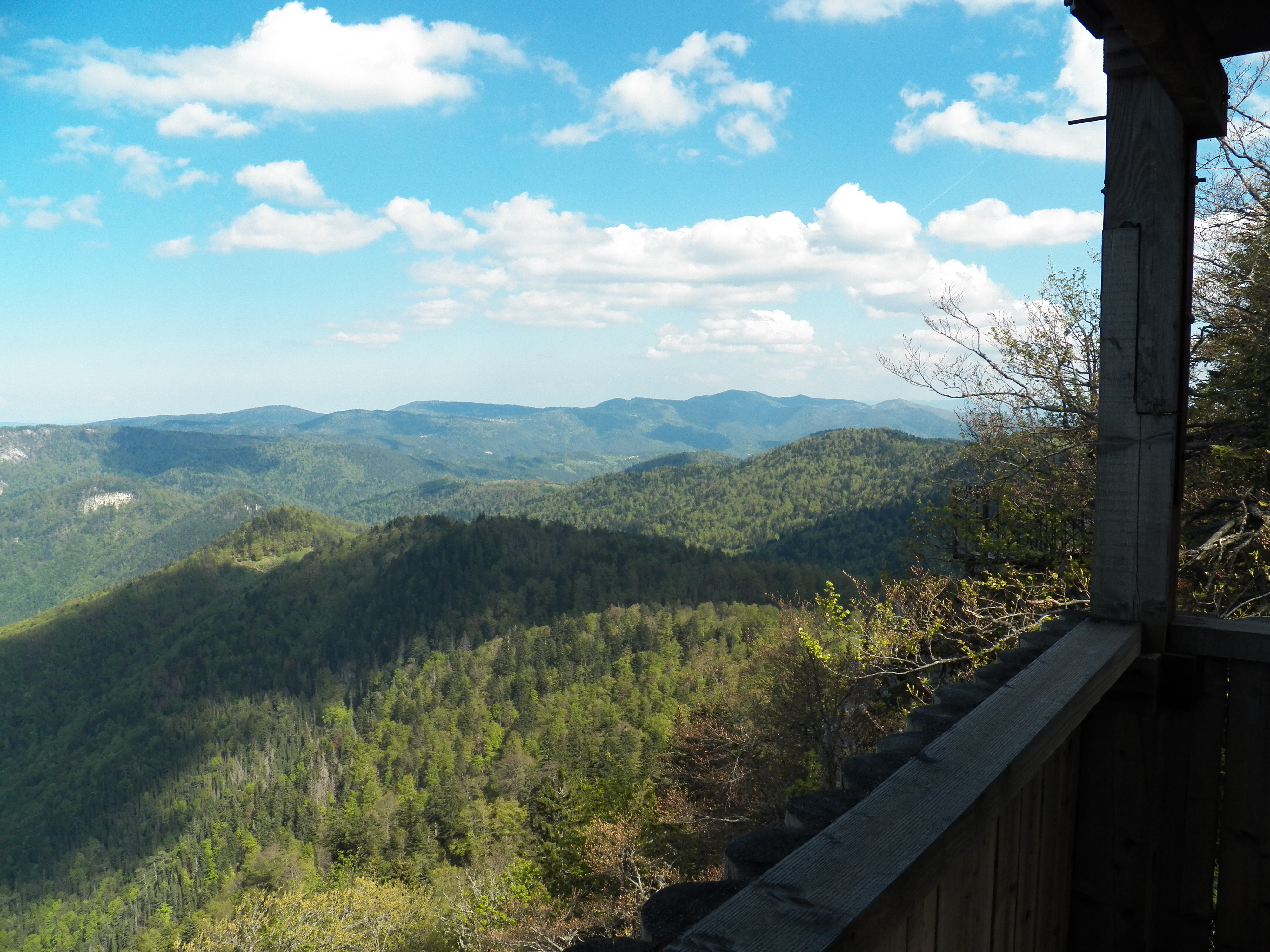 Sjenič is situated at the Crni Vrh and represents a tourist-friendly viewpoint at the highest elevation point in the Tara national park. It is 5km from the Predov Krst by gravel road or jiking trail #12b. The site on 1,444m above sea level is dominated by the 12 meters high wooden observatory. From here you can admire the view of the forested massive of Tara. Over the Rastište village and through the Derventa gorge the view stretches along, all the way to Perućac lake. A hundred years ago this trail used to be the route of the forest cableway which was used to transport timber down to the Drina and from there onto rafts. Nearby, beneath the viewpoint are the reserves ''Bilo'' and ''Ljuti breg'' which are known for mixed forests with Serbian spruce, fir, black pine, common spruce, beech, aspen and birch, and further on along the way are the ''Crvene Stene'' and ''Kremići'' reserves. On the right you can see Sekulić and Gavran, Zborište and Iver mountain peaks. 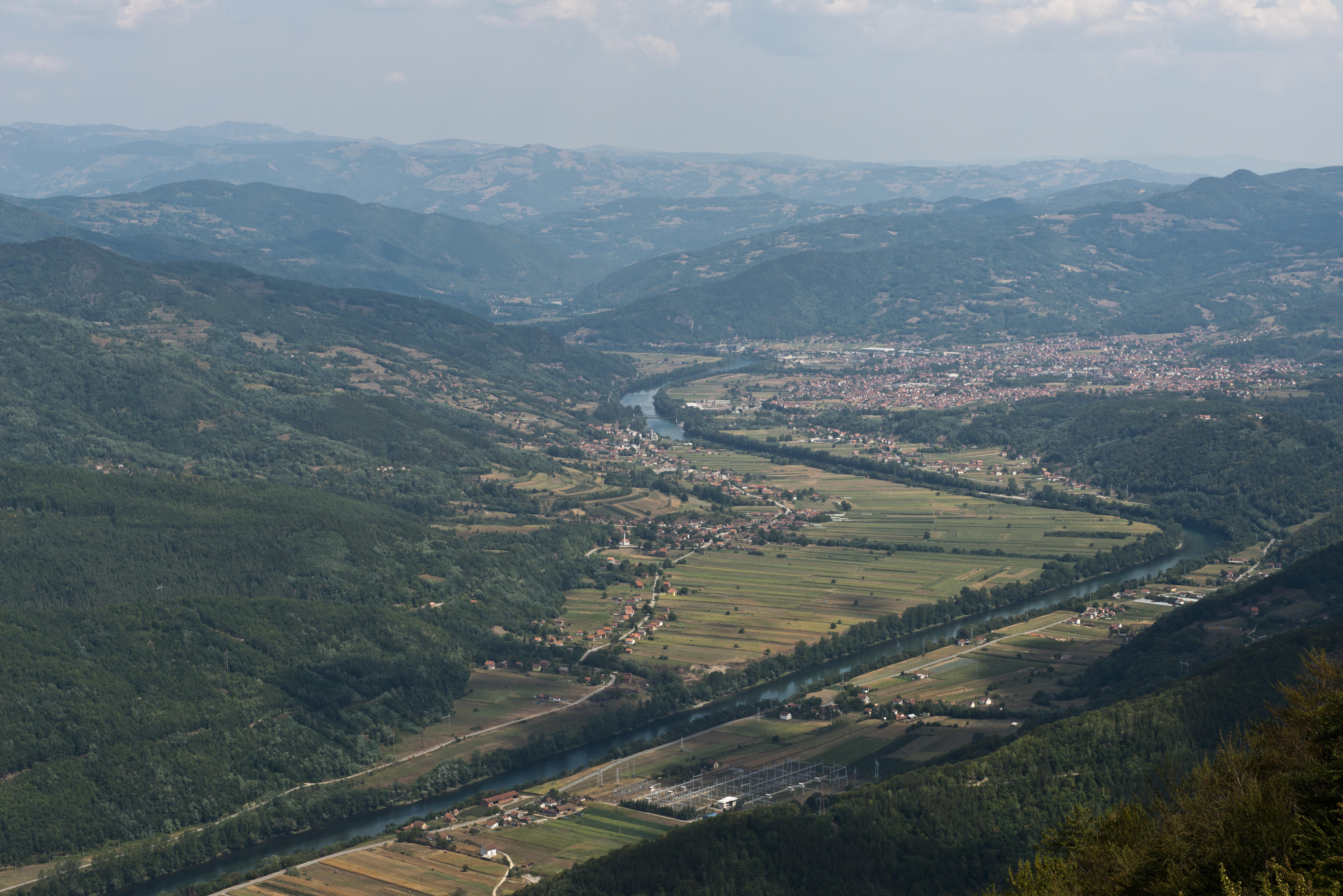 Osluša is a viewpoint in the weekend village by the same name, 7 km away from Mitrovac in the direction of Kaluđerske bare. From this easily accessible site you can see the Drina valley, Bajina Bašta and Osat in Bosnia, as well as the Povlen mountain in the back. This viewpoint, situated at 964m above sea level also servesas a take-off point for paragliders. 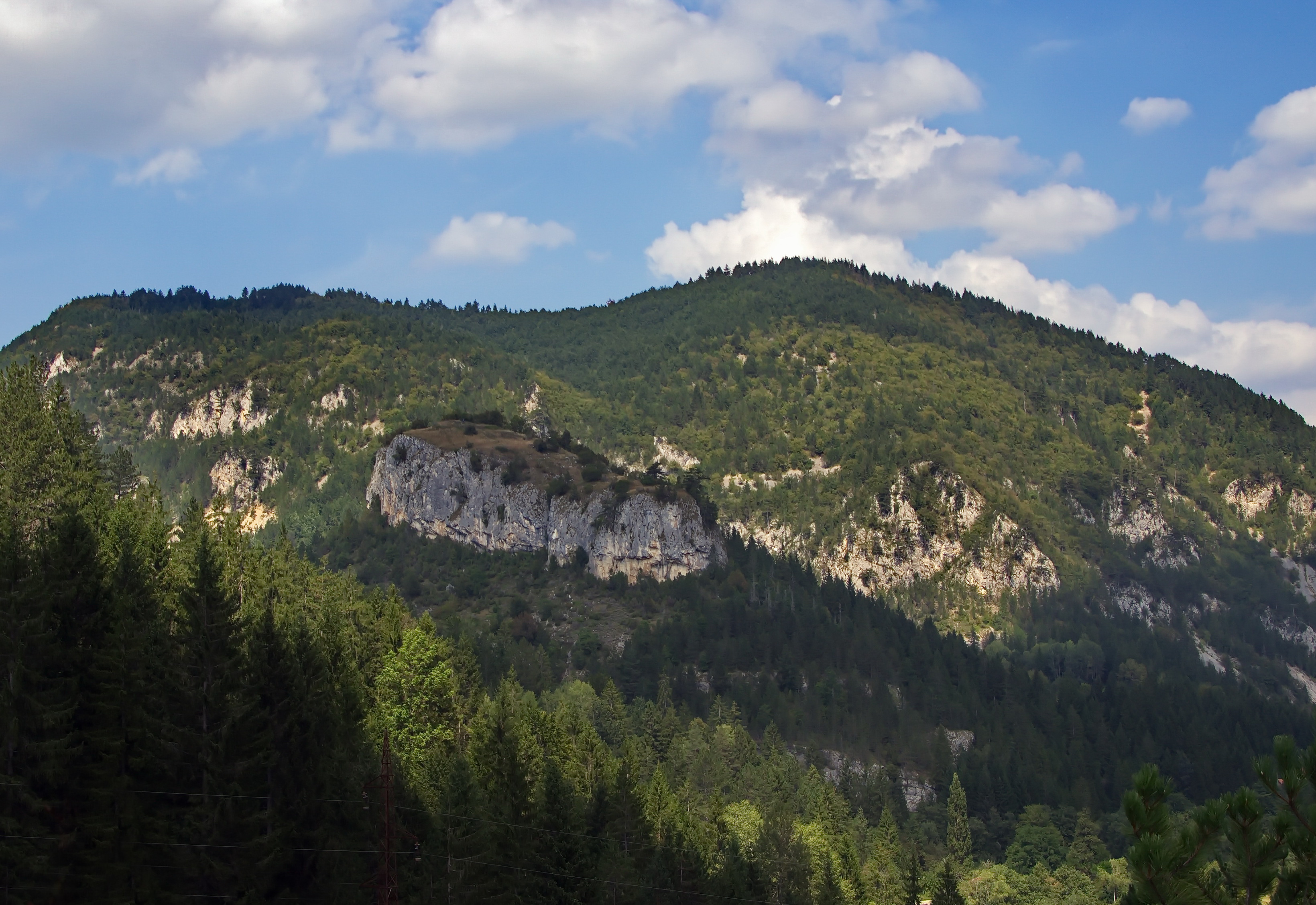 RAVNA STJENA or GRAD is a site located near the dam of Lazići and Lake Spajići in Zaovine. It is connected with main road with hiking trail #29. It is a monolith rock created by the abrasion of the Pannonian Sea, and the viewpoint is located at the top of this rock. Also here zou can see remnants of a former early Byzantine fortification. Not far from here is the nature reserve and the canyon "Sklopovi". 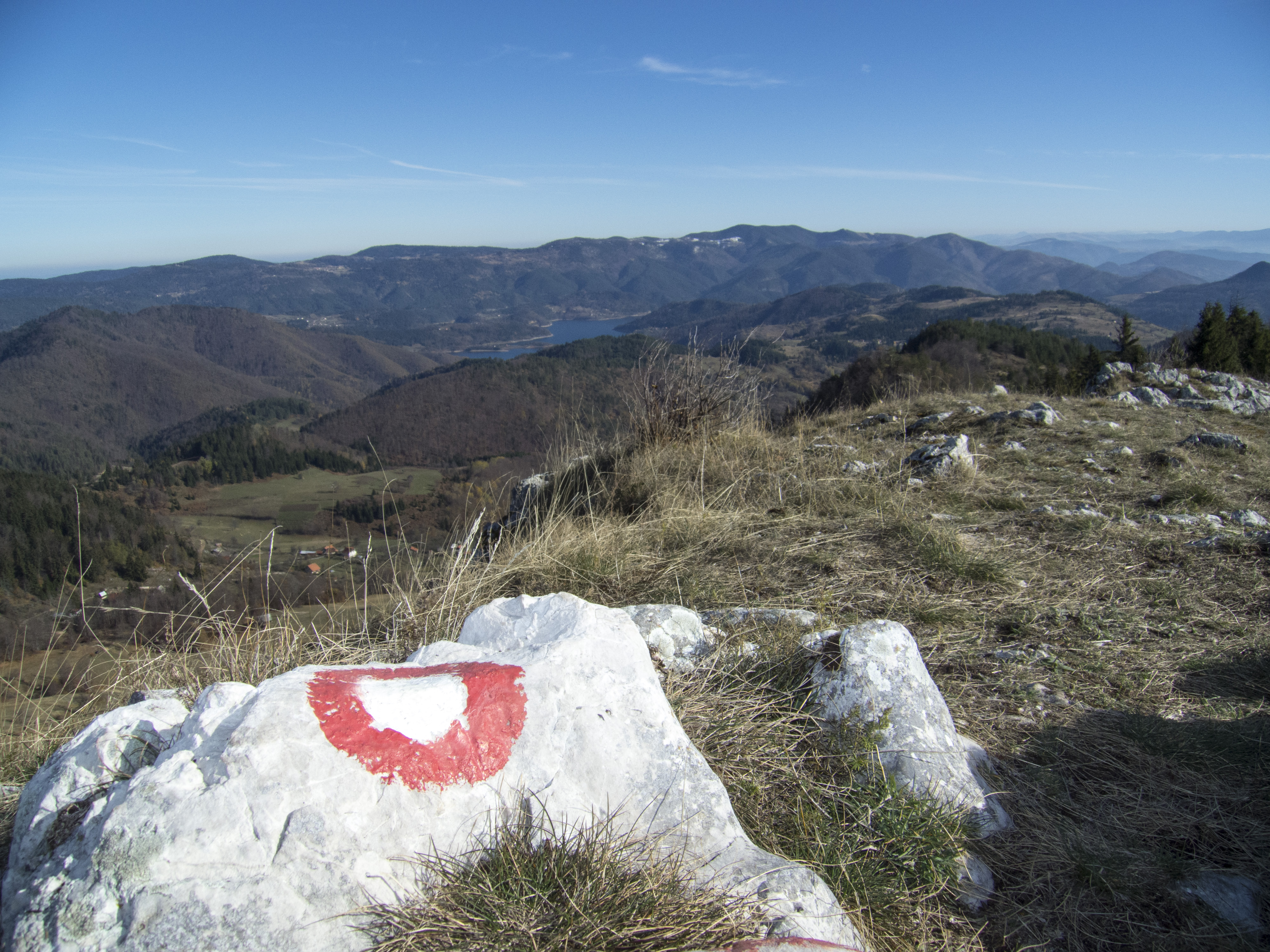 JANJAČ (1,473 m) is one of the highest peaks of the Tara National Park and probably one of the most beautiful viewpoints. It is located in Zaovine, above the Gornje Karaklije village, at the very border of Serbia and Republic of Srpska (BiH). It is reachable by the arranged thematic path through the village of Karaklije. From this peak there is a magnificent panoramic view the area of Zaovine village and the Tara massif and on the other side of Visegrad in Bosnia, and if you are lucky you can even see the famous Drina Mehmed-paša Sokolović’s bridge on the Drina river, which was described in novel by Serbian nobelman Ivo Andrić.